Skip to content
Taking their cues from the diversity of the city around them, the artists of TRANSIT seek to create bridges between and among the various schools and styles of music being written and performed today, while embracing innovative projects that are relevant to contemporary culture. Their goal is not to achieve an international style or to promote a particular “sound.” Rather, they champion experimental music from a wide range of influences with the conviction that the music of today is inherently meaningful to audiences and vital to social progress. Paired with superior artistry, shrewd programming, and radically open ears, this determination keeps TRANSIT firmly rooted at the cutting edge of new music. 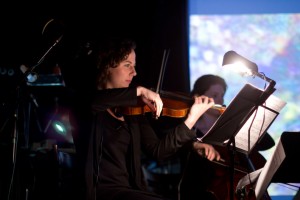 Formed in 2007, TRANSIT has established a reputation for producing exciting concerts featuring young composers and for special projects that push the boundaries of musical convention. Through the DoubleBill Series, TRANSIT has worked closely with emerging composers from around the globe and presented world premiere-studded concerts for audiences throughout New York City. In special projects, the collective has experimented with concepts as disparate as binary-gated amplification (Tristan Perich), music for hearing-deprived musicians (Eric KM Clark), large-scale multimedia shows (Daniel Wohl), and music for hand-built speaker feedback instruments (Lesley Flanigan). TRANSIT has performed at Le Poisson Rouge, Issue Project Room, and Galapagos Art Space; for the MATA Interval, Astoria Music Society, and Darmstadt Classics of the Avant Garde series; and on joint programs alongside artists including So Percussion, Judy Dunaway, Arutro en el Barco, and Margaret Leng Tan. TRANSIT has also been a resident ensemble at the CUNY Graduate Center (City University of New York).

In all its endeavors, TRANSIT remains committed to breaking down barriers between living composers and the culture at large while maintaining the dignity of both. 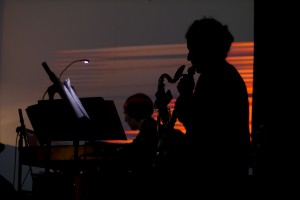 TRANSIT appreciates the support of the Brooklyn Arts Council, the New York City Department of Cultural Affairs, Meet the Composer, Jerome Foundation, the American Composers Forum, the New York State Council on the Arts, and the Puffin Foundation.